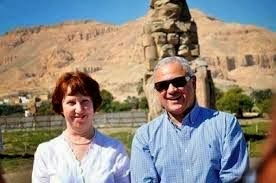 Began, " Ashton Cathern " actress political and security of the European Union , visits to archaeological areas Friday morning and the Valley of the Kings area of the western mainland , is scheduled to visit the tomb of Hatshepsut and Nefertari , and concludes with visits in Western Bank .

She is staying in the Royal Suite of the "Old Winter Palace" which saw the tight security, the source said he was booked 15 rooms for the representative of the European Union's foreign policy and her companions at the hotel.
Posted by Unknown at 4:42 AM No comments:

Email ThisBlogThis!Share to TwitterShare to FacebookShare to Pinterest
Labels: Egypt is Safe 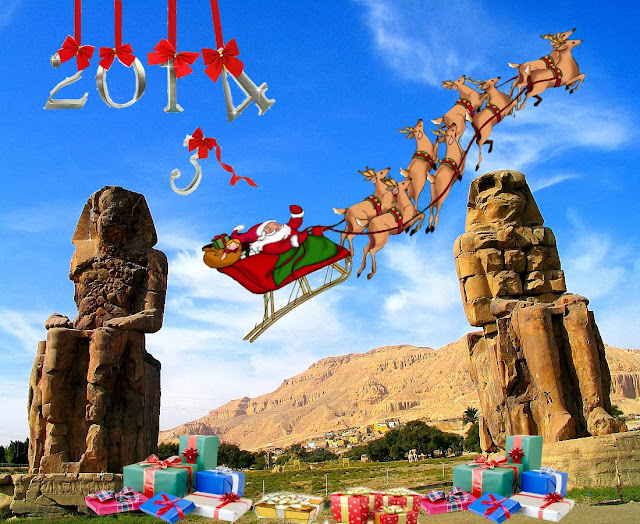 Posted by Unknown at 3:51 AM No comments:

Following our Egyptography collection about the beauty of Egypt, we continue by launching the best luxury destination during the Winter season, the beautiful city of Aswan in Upper Egypt.

We hope you enjoyed Volume 01 for Abu Simbel Temples, Volume 2 for Abydos Temples, and Volume 03 for Alexandria. 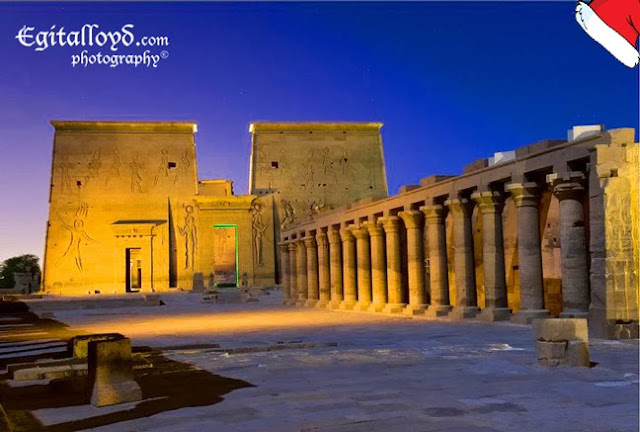 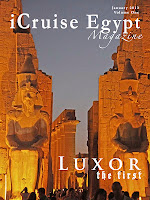 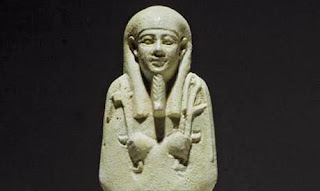 Egypt is to recover a 26th Dynasty ushabti torso that was reported missing from the Egyptian Museum on 28 January 2011, in the throes of the January 25 Revolution.
Minister of State for Antiquities Mohamed Ibrahim said that the artifact was broken into two pieces. The lower part remained in the museum while the torso was stolen and smuggled out of the country and sold to a Belgian citizen.
A few days ago, continued Ibrahim, the Belgian citizen presented the torso to a French archaeologist to ascertain its authenticity and value. The French archaeologist recognised that the torso had been in collection the Egyptian Museum. He had studied it in 1989 at the museum.
The French archaeologist reported the find to the Ministry of State for Antiquities (MSA), which in turn undertook the required procedures to recover it. The MSA contacted the Egyptian Ministry of Foreign Affairs, the Egyptian embassy in Brussels, Interpol and UNESCO in order to help in the restitution of the artifact.
"The torso was among the pieces stolen from the Egyptian Museum on 28 January 2011, but regretfully it was not included in the report issued at that time about the missing objects," Ibrahim told Ahram Online.
Ibrahim added that he referred the case to the prosecutor general for investigation on why the torso was not included in the missing items report.
Ali Ahmed, head of the Antiquities Repatriation Department at the MSA, explained that the whole statue was found in the Memphis necropolis in 1858 and belonged to a nobleman of various titles, among them the holder of the north stamps.
The ushabti is 29 centimeters tall and is well known among archaeologists.
Source: Ahram Online by Nevein el Aref

Posted by Unknown at 2:59 AM No comments: 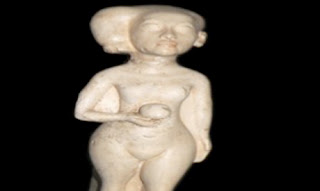 Almost four months after being stolen, the statue of King Tutankhamen’s sister has been recovered by the authorities, Mohamed Ibrahim, the minister of state for antiquities, told Ahram Online on Sunday.

The 32-centimeter-tall limestone statue depicts Ankhesom, sister of King Tut and daughter of King Akhenaten, standing naked and holding an offering in her right hand
.
Ibrahim said that the statue's recovery had been undertaken along with the Tourism and Antiquities Police, after a gang of antiquities smugglers had been apprehended and one of its members tipped off the police regarding the statue's location.

Posted by Unknown at 4:12 AM No comments:

Email ThisBlogThis!Share to TwitterShare to FacebookShare to Pinterest
Labels: Back Home, Recovered Antiquities

The tomb is 6.5 meters high and 2.5 meters long. It is built of mud brick and has a vaulted ceiling and a burial shaft. One of the tomb’s walls is decorated with coloured paintings depicting Mina in front of the goddess Isis. 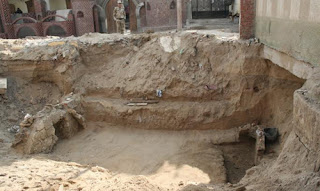 The second tomb, according to Ibrahim, is built of limestone but still not yet identified. It contains a collection of Ptolemaic clay pots and pans.
Mohamed Abdel Maqsoud, head of the Ancient Egyptian Section in the MSA, said that the necropolis was subjected to illegal excavation, but the Ismailiya police caught the culprits.
He also added that the illegal excavation forced the ministry to immediate begin its own excavation there.
Al-Qantara East has a rich history, dating back to the pharaonic era. Ahmose I, a pharaoh who founded the 18th century, waged many important wars in the area, most notably against the Hyksos, Seti, and Ramses II.
In modern times, it was the site of numerous World War I battles between the Allies and Turkish forces, as well the main base of the Australian Light Horse operations in Sinai from 1916 until 1920.
It was also the site of a massive warehouse and hospital centre, which were used again in World War II.
Source : Ahram Online

Posted by Unknown at 3:42 AM No comments: 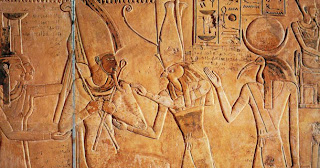 A source in the Ismailia Antiquities Inspection Office said a report filed against a citizen turned illegal antiquities dealer led to the discovery of an ancient cemetery.
The cemetery is likely to date back to the Roman or late Pharaonic era and was found under a house in el-Qantara, according to the office.
The report was initially filed to the Touristic Police, after their neighbor began digging at the foundations of the building, which the neighbors feared would compromise its structural integrity.
The police discovered that the man had unearthed an ancient cemetery and was attempting to sell its contents.
“The discovery of the cemetery is completely new. It contains a coffin and animals bones. We are waiting for the arrival of a central committee from the Ministry of Antiquities in Cairo to decide on the excavation mission.” a source at the Ismailia office said.
Posted by Unknown at 2:44 AM No comments: