Ancient Egypt: A World Wonder is known for its mythology and for the Great Pyramids. This mystifying place still attracts the attention from all races, sexes, and age groups around the globe. The mystery of the Pyramids has been found to capture the curious mind of any traveler whether said traveler is taking the time out of their busy schedules to visit or whether a child is reading about it within the written pages of a book. The hidden secrets of the ancient Pharaoh’s and the tombs in which they slumber still bewilders the minds of archeologists as well as the secrets still hidden with the scripted language of the Hieroglyphs. What else makes Ancient Egypt such a tourist magnetic, such a natural attraction to the masses, and such a place that it is a world wonder?

It seems as though the center of attention that surrounds Ancient Egypt are the stories of mythology from how the Goddess Isis saved her husband, the God Osiris who was the son of the Goddess Nut, from death to how Ra, the Sun God, and Horus are the exact same celestial entity. 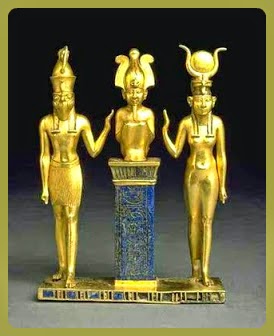 The Egyptian myth has written that Osiris’ brother Set, the second son born from Nut, cut his body up into 14 different pieces and scattered them to the furthest parts of the world. Isis, using her wings, flew to find each and every piece, collecting them and putting her husband back together, thus creating the very first mummy and creating the process of mummification. It was then said that Osiris was then to be known as the God of the Underworld from then on. Horus, the son of Isis and Osiris went on to then avenge his father by attaining an army to go to war with Seth. This story is among the many that surround the Egyptian myths and appears to add to the fact that Ancient Egypt is a world wonder.

What has been known to be most baffling about Egypt are the three Pyramids. The Pyramids were said to be the home of the afterlife, where the Pharaoh’s would be put to rest along with their trinkets in order to have a safe passage to the underworld inside the Valley of Kings. Rumors have flown around that within the design of these structures lay many a trap for those that labeled themselves “Tomb Raiders”. A Tomb Raider were those that tried to steal the riches buried with the dead ruler in order to make themselves richer. Little did they know what they would be coming across for the stories told suggest that they were never heard from, by anyone, again. The construction of the Pyramids is also, what seems to be, a never-ending topic. If the Ancient Egyptians were as “primitive” as we’re lead to believe from history, then how could they have possibly built these wonders of the sand? There was even the comment that the Egyptians had advanced technology, like that of Atlantis, to aid them in the construction of the Pyramids, their cities, and the Great Sphinx. Truly, Ancient Egypt is a world wonder. 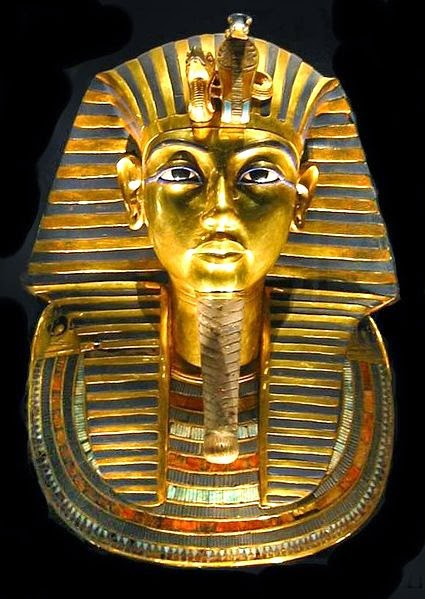 Another subject that baffles the minds of science are some of the paintings and drawings on the walls found all over Egypt. Within the depictions are men dressed in what look to be astronaut suits coming down from a metallic bird. How would these ancient people know what an astronaut even was or even looked like, dressed in modern garb, if they hadn’t seen one somehow? That question could only really be answered by the Ancients for even with all the evidence that exists today, questions are still being asked and theories being discovered. Flipping the coin on the other side, however, more and more discoveries are being made about the ancient world of the Egyptian people.
When the subject of Ancient Egypt is brought up, the majority of thoughts or verbal responses stir towards the ever famous King Tut and the Queen Pharaoh of the Nile, Cleopatra.

King Tutankhamen was called The Boy King of Egypt, a similar name being The Boy Pharaoh, because his reign over Egypt started when he was just a nine-year old child. He was the 12th king of the land and during his reign the traditional religious practices were restored into being, those of which were placed aside by the boy’s predecessor Akhenaton. King Tut didn’t rule over the land of Egypt for long, having died at the ripe age of 18. Now, who was the Queen of the Nile, Cleopatra? She was Egypt’s last Pharaoh and allied herself with Julius Caesar as well as Marc Anthony all in the hopeful attempt to keep the power that the Ptolemy’s held over Egypt. She was history’s infamous queen. This is yet another part of the puzzle that is a world wonder of Ancient Egypt.

There are possibly still things within the Pharaoh Land that’s till left to be discovered. Who, exactly, will make these discoveries and when, one cannot say for new information is being found out every day. Does Egypt still hold untold secrets and wonders all to herself? Perhaps, as the language once spoken by kings is decrypted, hieroglyph by hieroglyph, the hidden blueprints of the Pyramids may be found. Perhaps, the hand carved sculptures of the land will tell their own tales. Ancient Egypt: A World Wonder it has been and, so it seems, remains.
Source: Guardian Liberty Voice