Reports surfaced Wednesday claiming that El-Baron Empain's historical palace in Heliopolis was sold to Nasser Social Bank.
An Egyptian official denied on Thursday widespread reports claiming that El-Baron Empain's palace in Heliopolis has been sold. On Wednesday, many Egyptian newspapers said  that Nasser Social Bank bought the palace, a report that created a lot of controversy. The news turned out to be unfounded, with Mostafa Amin, Secretary General of the Supreme Council of Antiquities assuring Ahram Online that the reports were media-created rumours.

Amin explained that what was actually sold is a house in Helipolis on El-Sawra street, and that the cause for confusion was that it was originally owned by El-Baron Empain’s family.

“The palace cannot be put on sale because it is on Egypt’s Antiquities List which is protected by law 117 passed in 1983 and its 2010 amendments,” asserted Amin. He went on to say that the palace was under the possession of the housing ministry but that in 2009 it was transferred to the antiquities ministry as it was on Egypt’s antiquities list for Islamic and Coptic monuments according to a 1993 ministerial decree.

On Thursday, Antiquities Minister Mamdouh Eldamaty embarked on an inspection tour around the palace to visit different halls and give the go-ahead to continue its 2010 restoration project planned in collaboration with a Belgium mission; the project came to a halt after it lost its budget following the 2011 revolution.

During the tour, Eldamaty told Ahram Online that a month ago the ministry carried out a minor restoration and consolidation of a number of the palace’s decorative elements and sections facing architectural challenges. He went on to say that the ministry is reviewing the Belgian restoration plan and studying the palace’s architectural aspects in an attempt to provide a complete restoration project that will allow for future use. 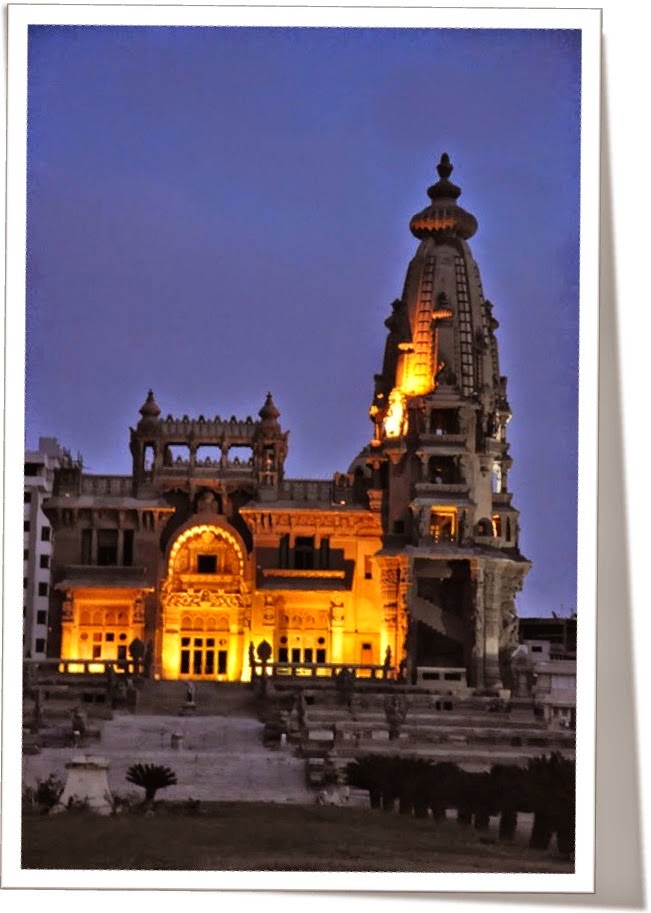 Eldamaty also announced that revenues from ceremonies held at the palace’s garden would be allocated to the restoration budget.

El-Baron Empain’s palace was built in 1906 as the residence of Belgian industrialist Edouard Empain who came to Egypt in 1904 to construct a railway line linking the Nile Delta city of Mansoura to Matariya on the far side of Lake Manzala.

French architect Alexandre Marcel built him the palace in the Avenue of Palaces (now El-Orouba) and he was inspired by the Cambodian palace of Angkor Wat and the Hindu temple of Orissa. Marcel designed a variety of human busts, statues of Indian dancers, elephants, snakes, Buddhas, Shivas and Krishnas in the palace. Marcel's colleague, Georges-Louis Claude, designed the palace’s interior.
Source: Ahram Online
Related Posts:
Baron Empain Palace -Throwing light on the sinister and splendid
Posted by Egitalloyd Travel Egypt at 11:10 PM