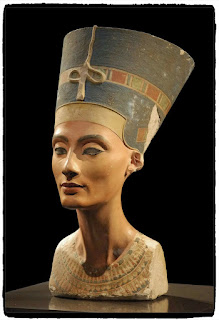 King Tutankhamun and his intact tomb have perplexed Egyptologists since its discovery by Howard Carter in 1922 at the Valley of the Kings on Luxor's West Bank. This time is not his linage, health or death but the discovery of his step mother's resting place of Queen Nefertiti.

University of Arizona archaeologist Nicholas Reeves believes that he has discovered a secret passageway within King Tutankhamun's tomb that leads to the resting place of Nefertiti – queen of Egypt and the chief consort and wife of the monotheistic king Akhnaten, Tutankhamun's father.

Until now the tomb and mummy of Queen Nefertiti are missing and still undiscovered yet. Reeves analysed high definition photographs of the tomb of Tutankhamun to discover evidence of bricked-up passageways that could lead to Nefertiti's burial chamber.

Reeves writes in a report published by the The Times: "Cautious evaluation of the Factum Arte scans over the course of several months has yielded results which are beyond intriguing."

"[There are] indications of two previously unknown doorways, one set within a larger partition wall and both seemingly untouched since antiquity. "The implications are extraordinary for if digital appearance translates into physical reality, it seems we are now faced not merely with the prospect of a new, Tutankhamun-era storeroom to the west."

"To the north [there] appears to be signalled a continuation of tomb KV 62, and within these uncharted depths an earlier royal interment – that of Nefertiti herself," Reeves added. "Obviously a full and detailed geophysical survey of this famous tomb and its surrounding area is now called for – and I would suggest as one of Egyptology's highest priorities." 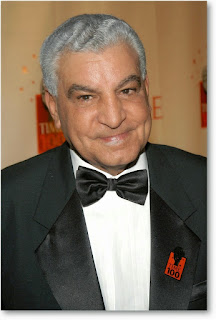 Egyptologist Zahi Hawass told Ahram Online that a study like Reeves' is just a "theory" or speculations not based on archaeological evidences. Reeves, Hawass continued, reaches his conclusions after the mere examination of 3D photos and not based on field work inside the tomb.

"These lines which Reeves saw in the photos could not be traces of doorways as he claims. It could simply be lines in the photos," Hawass pointed out. He also explains that from the archaeological point of view, Queen Nefertiti's tomb could not be found inside Tutankhamun's tomb.

The architectural design of tombs during the 18th dynasty does not know the design of a tomb inside another one. This phenomenon is only known in the 19th dynasty whereas Queen Nefertiti belongs to the 18th dynasty. "Reeves study is a theory for fame and publicity and not based on archaeological or scientific evidences," Hawass asserted.

He told Ahram Online that the ministry of antiquities has to assign a scientific and archaeological committee from Egyptian and foreign archaeologists to inspect Tutankhamun tomb in order to determine whether Reeves study is true or Wrong.
Source: Ahram Online

Posted by Egitalloyd Travel Egypt at 11:50 AM