Short Story, Luxor: Field Trip to Search for Nefertiti's Resting Place to Start Within a Week 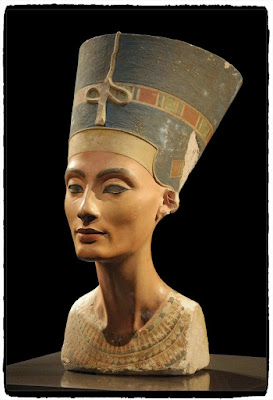 Archaeologist Nicholas Reeves is to arrive to Luxor, 28 September, in the hope of confirming his theory on the location of Nefertiti's final resting place in Tutankhamun's tomb. Written By / Nevine El-Aref.

On 28 September, Minister of Antiquities Mamdouh Eldamaty and British archaeologist Nicholas Reeves, along with a group of Egyptian and foreign scientists, are to embark on an investigation trip to Luxor to prove Reeves' theory that Queen Nefertiti's remains lay in Tutankhamun's tomb.

Via state-of-the-art equipment, Reeves is to examine Tutankhamun's northern wall, in order to inspect behind it and possibly locate the existence of the final resting place of Queen Nefertiti.

Early August, Reeves published a theory suggesting that the west and north painted walls inside King Tutankhamun’s tomb have two secret passageways that lead to two chambers, one of them containing the remains of Nefertiti — queen of Egypt and the chief consort and wife of the monotheistic King Akhenaten, Tutankhamun's father. The remaining chamber could be another gallery for Tutankhamun.

A press conference is to be organised in Cairo upon their arrival from Luxor to announce the results of the investigation.

In a telephone call with Reeves, he told Ahram Online he would not be able to release any statement until the scientific work and examination are carried out.
Source: Ahram Online