The Scan Pyramids project will detect hidden chambers, corridors, and doors inside the pyramids. Written By/ Nevine El-Aref.

Starting November, the pyramids of Giza will be subject to a non-invasive survey in an attempt to unravel their secrets four millennia after their construction.

“Several theories have been brought forward during the past century to understand the method that the ancient Egyptians used to construct the pyramids but all are still scientific hypotheses,” Minister of Antiquities Mamdouh Eldamaty told Ahram Online.

Eldamaty continued, saying that the Scan Pyramids project is a new means to learn how the pyramids were built and understand the reason behind the pyramid-shaped design. The scans will also detect the existence of any hidden chambers, corridors, and doors inside the pyramids.

Eldamaty explains that this would be implemented through radiographic muons, (a process similar to x-ray, but much more deeply penetrating), infrared thermography, photogrammetry, scanning, and 3D reconstruction. The most innovative technologies will be used by researchers from three universities: the Faculty of Engineering of Cairo University, Université Laval of Quebec, and Nagoya University of Japan.

“Their goal is to probe Egypt’s largest pyramids, without touching them or drilling the slightest opening,” Eldamaty asserted. Phase one of the project will scan four masterpieces of the Fourth Dynasty: the Bent and Red pyramids of King Senefru at Dahshur necropolis, fifteen kilometers south of Saqqara, as well as Kings Khufu and Khafre’s pyramids on the Giza plateau. The project will last at least until the end of 2016, at which point a second phase of scanning will take place for other Egyptian pyramids

Mehdi Tayoubi, president of the Paris-based Heritage Innovation Preservation (HIP) Institute, said that the project is entirely dedicated to the advancement, sharing, and transfer of knowledge. "Our desire is to form a team of international experts to discuss and confront the theoretical and technological approaches to archaeology," Tayoubi said. "The idea is to unlock the mystery of the pyramids.”

"A similar attempt was made 30 years ago, but this is the first project at a global level using cutting-edge technology to look inside the pyramids," Tayoubi told Ahram Online.

"Many theories have been proposed, either explaining their construction or their structural anomalies, but archaeologists and scientists have yet to settle on a concrete theory explaining how the structures were built," Professor Hany Helal, who heads the mission of the Faculty of Engineering at Cairo University pointed out.

“We are physicists and engineers and the pyramids were built by engineers so we should be able to understand our ancient Egyptian counterparts. But we couldn’t do it without the cooperation of our dear archaeologists.”

"Our goal is to use techniques that bring concrete results. Then the Egyptologists will interpret them," Helal told Ahram Online, adding that during the 1980s he participated in a similar studies but the surveying technique used at that time was not fully developed like the current one, so the results were not achievable. But it made us understand more about the pyramids.

“With this mission we, perhaps, will not be able to resolve the mystery of the pyramids, but we are making progress, testing new processes, and without a doubt we will have a better understanding of what these pyramids hide within its massive walls,” Helal told Ahram Online. If we obtain concrete results, he continued, our procedures would be used for other monuments in other sites and even in other countries. 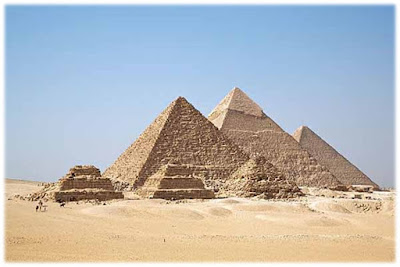 Eldamaty told Ahram Online that the infrared and muon technologies would be used to look for a possible hidden chamber in King Tutankhamun's tomb, which may be the burial place of Queen Nefertiti, as British Egyptologist Nicholas Reeves posited in his recently revealed theory.

Archaeologists have never discovered the mummy of the legendary beauty. Reeves, who was in Luxor in September to probe his theory, believes a hidden door in Tutankhamun's tomb could conceal the burial place of Nefertiti. The Permanent Committee for Ancient Egyptian Antiquities at the Ministry of Antiquities has already approved the use of radars to search within the boy king's tomb but the concrete search is still awaiting the security clearance.


Minister of Tourism Hisham Zazou announced that the ministry is to launch an international campaign entitled "2016 is the Year of the Pyramids." This campaign, he told Ahram Online, would be an effective promotion campaign like #ThisIsEgypt, which was launched last week during actor Morgan Freeman's visit to the country.
Source: Ahram Online