A US$450 loan agreement was signed today between the JICA and both the Ministries of Antiquities and International Cooperation to complete the GEM construction work within the scheduled time. Written By/ Nevine El-Aref. 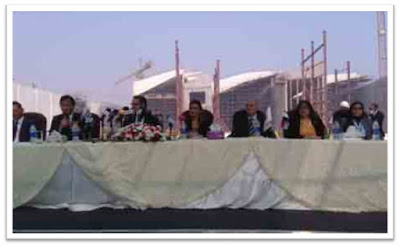 Egypt's Antiquities Ministry signed a soft loan agreement with the Japan International Cooperation Agency (JICA) on Monday in an attempt to continue the construction work of the Grand Egyptian Museum (GEM).

The agreement was signed in an attempt for the museum to be opened up on time, after continue delays.

Tarek Tawfik, the GEM's supervisor-general, told Ahram Online that the loan is about $450 million that the Egyptian government would return within 25 years at an interest rate of 1.4 per cent after a seven-year grace period.

This is the second loan that the Egyptian government has taken from the JICA to construct the GEM. The first one was given in May 2006 -- a US$300 million soft loan to be repaid over 30 years at an interest rate of 1.5 per cent. 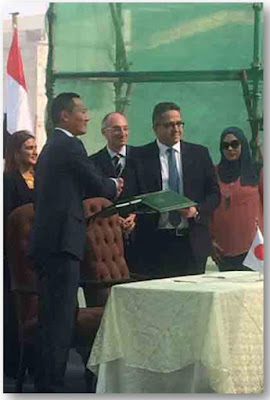 Payments will be made in installments after a 10-year grace period following the GEM’s official opening. Another $27 million has been donated by an Egyptian businessman, while the Ministry of Culture under the former Mubarak regime provided $150 million.

However, problems encountered after the 25 January Revolution led to budgetary problems, slowing the construction.

Regretfully, Tawfik continued, the work stopped in the aftermath of the 2011 revolution but in 2012, work resumed after a joint venture between Egypt’s Orascom Construction Industries and the Belgium BESIX Group was awarded the contract for completion of the GEM’s third phase, which includes construction of the museum’s main building and landscaping. BESIX is the company that built the impressive Borg Khalifa tower in Dubai.

El Enany said that the GEM project was launched in 2002 and the idea was to build a state-of-the-art antiquities museum near the Giza pyramids to solve the problems of the overstuffed Egyptian Museum in Tahrir Square, and to bring together materials stored at various archaeological sites.

El-Enany asserted that the GEM is meant to provide the best environment for the display of Egypt’s priceless treasures, as well as providing more space, better lighting, and more information on them, all of which would help to do justice to Egypt’s heritage.

The museum complex will centre on what has been called the “Dunnal Eye,” an area containing the main exhibition spaces. From this central hub a network of streets, piazzas and bridges will link the museum’s many sections. …. READ MORE.
Source: Ahram Online
For All Related Posts About Giza Plateau Click Here
Posted by Egitalloyd Travel Egypt at 12:45 AM