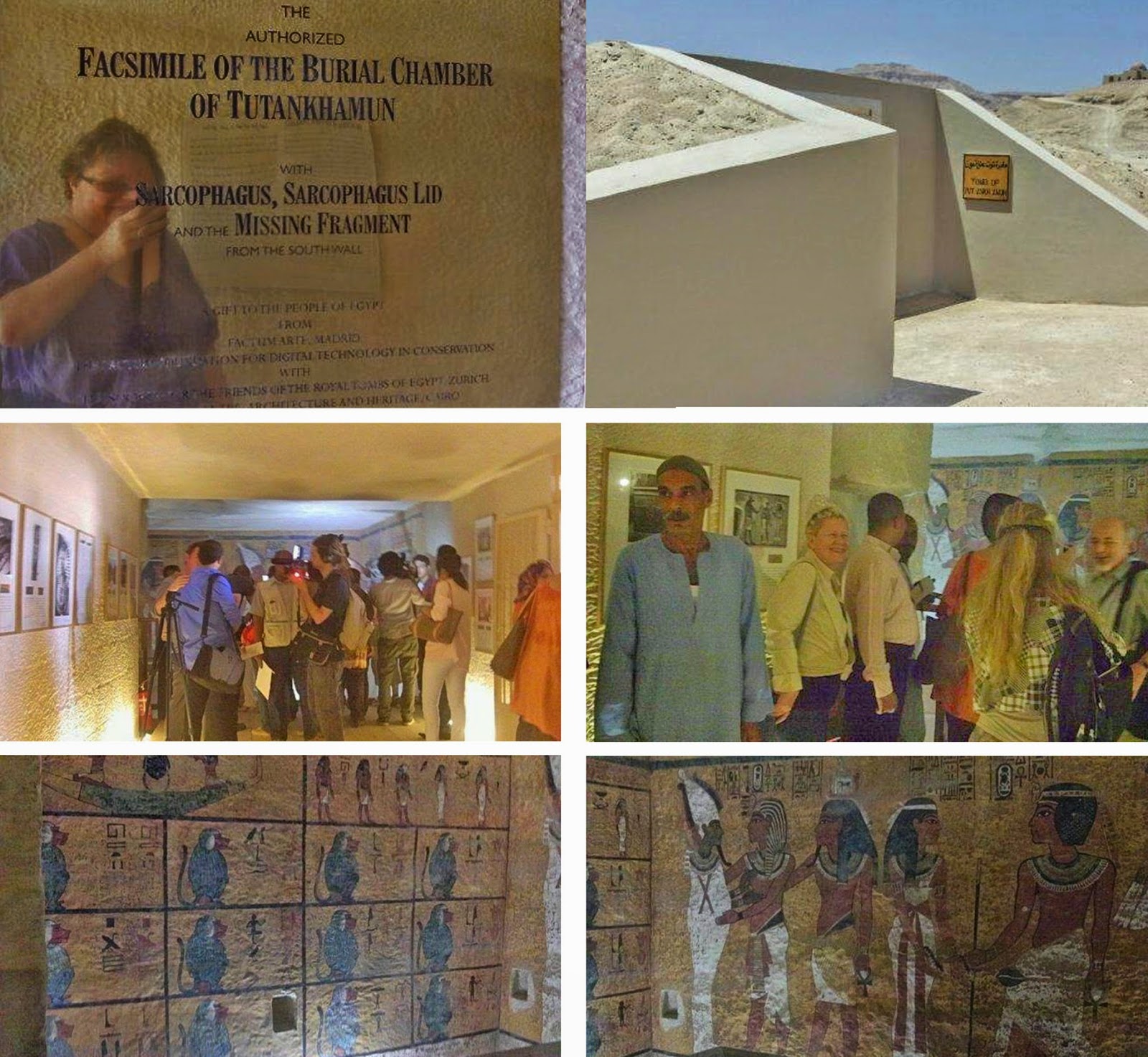 Posted by Unknown at 1:38 PM No comments:

Back Home, Cairo: 10 artefacts stolen from the Egyptian Museum recovered 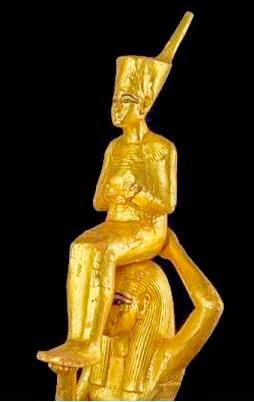 The pieces were taken from the famed Egyptian Museum near Cairo's Tahrir Square on January 28, 2011, when protesters calling for Mubarak's overthrow drove his feared security forces from the streets.

Along with the Tutankhamun statue, which will be restored by Egyptian experts, two statues of Queen Nefertiti's children were also recovered, according to antiquities minister Mohamed Ibrahim.

Authorities also recovered a stone likeness of Tutankhamun as a young boy that had been broken off of a larger statue showing him in the arms of a goddess.

One missing artefact was found in Belgium and eight others in the United States, state news agency MENA quoted the ministry as saying.

A total of 54 artefacts went missing from the museum when looters broke in during the uprising, mainly treasures from the era of pharaohs Tutankhamun and Akhenaton. Thirty-five of the pieces have since been recovered.

More from Cairo Post
The stolen artifacts include a Tutankhamun statue made of wood and trimmed with gold and bronze and a bronze statue of the deity Apis dating back to the Greco-Roman era, the minister added in a press conference held on Tuesday at the General Authority for Investment and Free Zones.

Authorities also seized eight Shawabti statues, which are placed in an ancient tomb for the purpose of serving the soul of the buried. Each tomb typically has up to 360 Shawabti statues.

Fifty-four artifacts were stolen on January 28, 2011, but the tourism police reclaimed 23 pieces in addition to the 10 artifacts that were seized on Monday. The remaining stolen artifacts are 29 pieces, Ibrahim noted.
The minister added that Egyptian authorities had been informed that some of stolen artifacts had been found in Belgium, noting that such artifacts had not been reported stolen. Egypt’s ministries of foreign affairs, tourism and antiquities reclaimed the artifacts, he said.

An exhibition scheduled for October will be held to display all the reclaimed artifacts that have been stolen over three past years, he added.

Delivery of the artifacts will be viewed by Mamdouh Eldamaty, the cultural counselor at the Egyptian embassy in Berlin, and director of the Egyptian Museum in Berlin Friederike Seyfried, the statement read.

A press conference at the Cairo International Airport will be held to show the three reclaimed artifacts on Saturday, the Ministry of Antiquities said on its official Facebook page Tuesday.

A smuggling attempt of Jewish antiquities to Belgium was recently foiled by Egyptian security, on April 18. The seized artifacts include 11 wooden cylinder Torah cases inlaid with engraved silver and lined with velour, a silver knife dating to 1890, a silver crown and a menorah.
Source: Cairo Post

SCA releases full list of treasures missing from the Cairo Museum
CLICK HERE
Posted by Unknown at 5:44 AM No comments:

New Discovery, Luxor (2): Interview with Dr. Elina Paulin-Grothe talking about the new discovery in the Valley of the Kings

Posted by Unknown at 3:03 AM No comments:

Email ThisBlogThis!Share to TwitterShare to FacebookShare to Pinterest
Labels: Luxor, New Discovery, Valley of the Kings

BACK HOME: Egypt recovers 3 Ancient artefacts from Germany on Saturday

Three Ancient Egyptian objects are to return home on Saturday after they were handed over to Egypt's embassy in Berlin.

Minister of Antiquities Mohamed Ibrahim told Ahram Online that the objects' story began in 2009 when the customs unit at Germany's Stuttgart airport discovered and confiscated three Ancient Egyptian items being smuggled to Brussels.

The objects include a small Old Kingdom obelisk, a set of female statues from the Late Period and a New Kingdom shrine.

The objects were then sent to the Egyptian Museum in Berlin, Ibrahim continued, where the curators asserted their authenticity.

For its part, Egypt was able to obtain a court ruling granting it the right to receive the objects.
Source : Ahram online
Related Posts:

* Bust of a 26th dynasty prince recovered from Brussels
* Wooden sarcophagi and other antiquities to be repatriated from the USA
* 26th Dynasty ushabti
* Egypt recovers 90 stolen antiquities from Israel
* Eight stolen wooden ornaments to be retrieved from Denmark
Posted by Unknown at 1:48 AM No comments:

Email ThisBlogThis!Share to TwitterShare to FacebookShare to Pinterest
Labels: Back Home, Recovered artifacts

Dr. Mohamed Ibrahim, Minister of Antiquities, announced today the new discovery by the mission of University of Basel in cooperation with the ministry of antiquities.

During the current field season of the University of Basel Kings' Valley Project, a subterranean tomb with several large chambers (KV 40) was identified as the burial place of members of the families of the pharaohs Thutmosis IV and Amenhotep III (ca. 1400-1350 BC).The necropolis has been excavated by Egyptologists from the University of Basel for the past three years. The mummified remains may shed light on its occupants.

The analysis of hieratic inscriptions on storage jars revealed the identity of over thirty individuals, among which eight hitherto unknown royal daughters, four princes and several foreign ladies. One princess is called Taemwadjes, another one Neferunebu.
With this discovery, the University of Basel Kings' Valley Project fills an important gap in Egyptological research, insofar as the individuals buried in the non-royal tombs of this necropolis remained largely anonymous up to now.

"We discovered a remarkable number of carefully mummified newborns and infants that would have normally been buried much simpler," Susanne Bickel, an Egyptologist involved in the excavation, said in a statement. "We believe that the family members of the royal court were buried in this tomb for a period of several decades."

Tomb KV 40 contained the mummified remains of at least 50 people – including carefully mummified new-borns and infants – as well as countless fragments of their funerary equipment.

Inscriptions in the tomb describe that some of the remains belong to eight unknown royal daughters, four princes and several foreign ladies. The fact they were buried close to the royal tomb suggests it signifies they were considered important. All remains were plundered several times and heavily affected by a fire.
"What is certain is that they did not die at the same time (no epidemic), but over a certain time span," Bickel told LiveScience.

The fragments of various wooden and cartonnage coffins indicate furthermore that the tomb was used a second time as a burial ground: long after the abandonment of the Valley as royal necropolis, members of priestly families of the 9th century BC were interred here.

Ali Al Asfr, Head of Ancient Egypt Antiquities department, said that anthropological analyses as well as further examination of the fragmentary burial goods will in future deliver important insight into the composition of the pharaonic court of the 18th dynasty as well as the conditions of life and the burial customs of its members.