The tourism movement coming to Egypt declined by 40% from 2015 to 2016 due to the suspension of Russian trips to Egypt since early November. 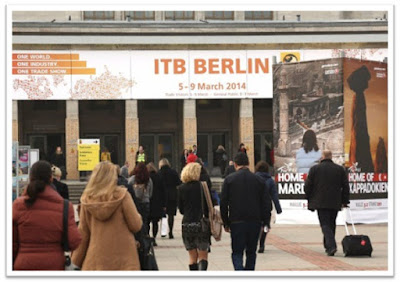 The Egyptian Tourist Authority is getting ready to participate in the ITB Berlin exhibition in the first half of March 2017, in order to increase the incoming tourism movement from the western European countries throughout next summer, according to an official in the authority.

The authority asked the Egyptian Travel Agents Association to get ready to participate in the exhibition and to coordinate with the authority to increase the tourism flow coming to Egypt, especially from the German market.

The incoming tourism flow to Egypt retreated the last year to 5.3 million tourists compared to 9.3 million in 2015—a decline of 40%—due to the suspension of Russian trips to Egypt since early November 2015.

The official said that the cost of participation serves the interest of Egypt’s tourism sector in the end, in order to enable the companies to be present in the exhibition. The official expects the number of tourists coming from Germany during this year to reach about 800,000, given the resumption of trips from Germany in the last quarter.

He added that the expenditure of German tourists ranges between $70-80 per night, and that they are among the most important tourists coming to Egypt throughout the last 10 years. The most important tourist areas for Germans are both Hurghada and Sharm El-Sheikh, besides trips to archeological areas in Luxor and Aswan.
Source: Daily News Egypt
at January 17, 2017 No comments: