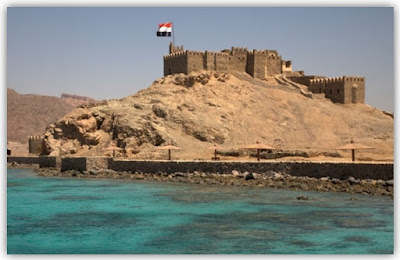 Minister of Antiquities Khaled El-Enany has met with representatives of various other ministries and departments in order to facilitate the addition of Pharaoh Island in Taba to the UNESCO World Heritage list, a senior antiquities official told Ahram Online.

The ministry of antiquities is preparing the final archaeological file needed to register the site with UNESCO, with a February 2018 deadline for submission to the World Heritage Committee (WHC). The file is being compiled in cooperation with the ministries of interior, foreign affairs, tourism, international cooperation, defence and environment, as well as Homeland Security.

According to Ahmed Ebeid, Supervisor General of the Technical Office at the antiquities ministry, El-Enany meet with representatives of the other ministries and departments in order to resolve obstacles that arose in compiling the preliminary file, which was submitted in October. The high-level meeting also reviewed the WHC's recommendations relating to the site in South Sinai, which incorporates a historic fortress.

Yasmin El-Shazly, general supervisor of the antiquity ministry's International Organizations Department, told Ahram Online that before the final file can be submitted, the ministry must develop the island's visitor centre, provide more facilities and services, and ensure safe access roads.

She said that the minister has already created an action plan to develop the site in a way that reflects its historic and environmental value. “When Egypt succeeds in registering Pharaoh Island on the Word Heritage List, this will be Egypt’s first site to be registered since 2002,” El-Shazly said. 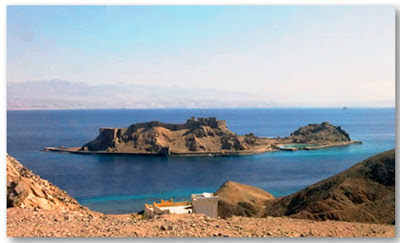 Pharaoh Island, located some 250 metres from the shore of Taba in South Sinai, includes of a fortress built by the Ayyubid prince Salaheddin to protect the Islamic empire from the Crusades. It was the second of several such fortresses built in Egypt by Salaheddin.

Built in 1171 AD, the citadel is strategically located on Pharaoh Island on a steep, difficult-to-climb hill high above sea level – and with a beautiful, blue sea view. The citadel played an important role in protecting the Sinai Peninsula from invasion during the Crusades.

It was capable of stand-alone defense in case of siege, with towers and defensive walls part of the citadel’s strategy. Water tanks built into the rock provided protection and sustenance. Archaeologists have also identified a bakery, mill and bathroom, as well as a furnace for producing weapons, a meeting room and accommodation for soldiers.

Pharaoh Island attracts all types of tourism, including eco-tourism, cultural visits and safaris. With beautiful views of the warm, Red Sea, it also boasts untouched coral reefs. Tours visit both the citadel and the neighbouring Valley Taiwibh, which has ancient Egyptian inscriptions of the early Egyptians who lived in Sinai, as well as inscriptions from Arab Nabataeans of the second century BC.
Source: Ahram Online
at May 16, 2017 No comments: