The life of the ancient Egyptian Pharaoh Amenhotep II is being relived in a major exhibition in Milan, reports Nevine El-Aref. 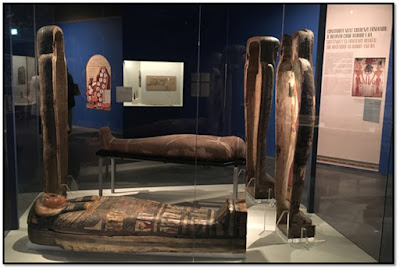 It seems that the shadow cast over Italian-Egyptian relations is about to disappear. The ambassadors of both countries have returned, and the ancient Egyptians will be spending the autumn in Milan in “The Extraordinary Discovery of Pharaoh Amenhotep II” exhibition inaugurated last week at the city’s Museum of Cultures (MUDEC).

It tells the story of the 18th-Dynasty Pharaoh Amenhotep II, son of Thutmose III, the sovereign of a lavish court and heroic central figure in a rich historical period that historians have baptised a Golden Age.

A wonderful display of artifacts and photographs has been carefully selected from the most important ancient Egyptian collections in the world for the Milan exhibition. The Egyptian Museum in Cairo has loaned nine pieces, and other source institutions include the Stichting Rijksmuseum van Oudheden in Leiden, the Kunsthistorisches Museum in Vienna, the National Archaeological Museum in Florence, and the Giovanni Barracco Museum of Ancient Sculpture in Rome. These museums and other private collections have loaned for the occasion statues, weapons, items from daily life at court, burial assemblages and mummies. 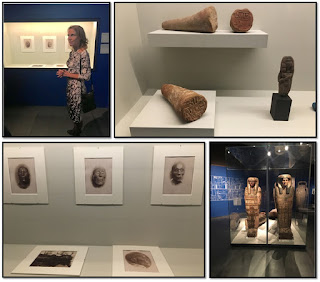 The exhibition poster featuring a beautifully carved marble bust of Amenhotep II can be seen everywhere on display in Milan, in the city’s streets, stations, shops and restaurants. The MUDEC where the exhibition is being held has been turned into an ancient Egyptian ceremonial arena for the occasion. To the music of harps, young men wearing golden nemes (ancient Egyptian head coverings) and silver kilts in the ancient Egyptian style with golden collars and belts greet exhibition visitors.

Further inside the exhibition, the atmosphere becomes more dramatic, providing an impressive setting for the granite, limestone, marble, wooden, golden and faience objects on display. All in all, visitors are taken into a truly epic experience to explore the life and history of Amenhotep II in a succession of poetic dramatisations as well as an audio-visual demonstration......  READ MORE.
Source: Al-Ahram Weekly