The renowned American Egyptologist and lover of Egypt professor William Kelly Simpson passed away recently at the age of 89. Simpson was a great friend and lover of Egypt. He spent his whole life and distinguished career in the service of Egypt and its monuments, especially those of ancient times. 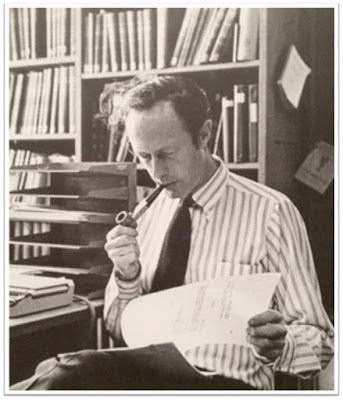 He first worked in the Egyptian Department at the Metropolitan Museum of Art in New York. Then he obtained a Fulbright fellowship to Egypt and a research fellowship at the Centre for Middle Eastern Studies at Harvard University. In 1958, he was promoted to professor of Egyptology and Near Eastern Languages and Literatures at Yale University. He also served for around 20 years as curator of Egyptian and Ancient Near Eastern Art at the Museum of Fine Arts in Boston.

While in Boston, he increased the museum’s collections tremendously, reinstalled the galleries, and launched excavations and documentation at several sites in Egypt, principally the Giza Pyramids area and in Sudan. He also taught at several US universities, including as the Harvard University Department of Near Eastern Languages and Civilisations and the University of Pennsylvania. He also lectured at the Institute of Advanced Studies at Princeton, the Collège de France in Paris, and the Calouste Gulbenkian Foundation in Lisbon. In terms of fieldwork, Simpson was the director of the well-known Pennsylvania-Yale Expedition to Egypt. He also participated in the UNESCO campaign to rescue the Nubia monuments in Egypt and the Sudan in the 1960s. He was the co-director of very important excavations at Abydos in Upper Egypt and epigraphic missions in the Giza Pyramids area.

He was the author of many books and articles on Egyptian art, archaeology and literature. He co-authored a book on the history of the Ancient Near East and also co-authored, with other scholars, one of the best-known anthologies of ancient Egyptian literature. He was elected to three terms as president of the International Association of Egyptologists and served as president and later chairman of the Board of the American School of Classical Studies at Athens, as vice-chairman of the Board of the American University in Cairo, and as trustee of the Archaeological Institute of America and the American Research Centre in Egypt.

In 1965, Simpson was awarded a Guggenheim fellowship for the humanities in Near Eastern Studies. He received the Distinguished Achievement Award from the American Research Centre in Cairo on the occasion of its 50th anniversary in 1998. He also received the Award for Distinguished Service from the American University in Cairo and the Medal of Honour for Distinguished Service to Egyptology and Egypt from Farouk Hosni, Egypt’s minister of culture at the time, and the Organising Committee of the Eighth International Congress of Egyptologists in Cairo in 2000.

In 2001, he received the honorary degree of Doctor of Humane Letters from the American University in Cairo. In 2003, he was awarded the Augustus Graham Medal by the Brooklyn Museum in the US for services to Egyptology and the museum. He was elected to membership of the American Oriental Society, the American Philosophical Society, and the German and Austrian Archaeological Institutes.

I met professor Simpson several times at the Giza Pyramids area and during the Eighth International Congress of Egyptologists in Cairo in 2000. He served the monuments of Egypt, especially the Giza Pyramids and the archaeological remains in Nubia, with unstinting passion, and he also helped many Egyptians to study Egyptology in the US. He was an unfailingly modest and helpful person, as well as an authority on ancient art, archaeology and literature. He served as a major channel between Egypt and the US to the benefit of the two nations and the archaeological and cultural ties between the two countries.

Later this year, Yale University will commemorate the memory of this distinguished person and scholar, and Egypt should do the same for the country’s great friend, professor William Kelly Simpson. Professor Simpson will be very greatly missed, but his multifaceted legacy at all levels between Egypt and the US and among many Egyptians and Americans will last forever.
Source: Al Ahram Weekly
at May 26, 2017 No comments: