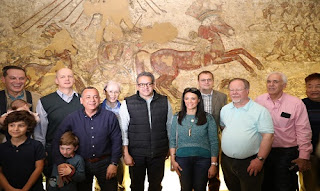 The museum relates the story of the monotheistic Akhenaten, who was one of the most important pharaohs in ancient Egypt.
Source: Ahram Online
To Read All Minya Posts Click Here
at February 01, 2019 No comments: