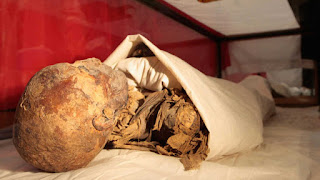 Egypt is gearing up to open the National Museum of Egyptian Civilization later this year and the Grand Egyptian Museum in early 2021.
To promote these important events, Egyptian Prime Minister Mustafa Madbouly made a historic visit to the archaeological site of Saqqara, located south of Cairo.
Madbouly inspected Oct. 19 the excavation works carried out by the Egyptian archaeological mission working in the Saqqara antiquities area. He visited the archaeological site and participated in the inspection works along with the members of the archaeological mission — a first in the history of the country.
The visit boosted the morale of workers and led them to expedite the discovery of antiquities, artifacts and mummies dating back more than 2,500 years.
Madbouly went down one of the three new burial wells that were found to inspect for himself the coffins that were discovered inside.
Zahi Hawass, an Egyptian archaeologist and former minister of antiquities, told Al-Monitor that Egypt is conveying a message to the world that it is interested in antiquities, culture and civilization.
President Abdel Fattah al-Sisi is to receive the royal mummies that will be transferred in a majestic procession to the National Museum of Egyptian Civilization in the ancient city of Fustat, now part of Cairo. The museum is set to display antiquities discovered in the Saqqara necropolis, home to thousands of mummies, statues and historical artifacts. 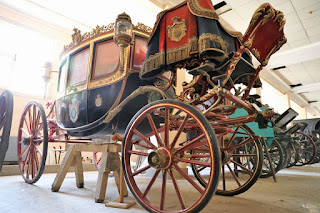 Starting next month, Egypt is set to inaugurate several archaeological museums. Chief among these is the National Museum of Egyptian Civilization in the capital Cairo, the Sharm Museum in the southern Sinai Peninsula, the Royal Chariots Museum in Bulaq, the Kafr El-Sheikh Museum in the Nile Delta region and the Grand Egyptian Museum in Cairo.
Hawass said that for the first time in the history of Egyptian antiquities, a prime minister has visited an archaeological site and went down an 11-meter (36-feet) deep well to see such a discovery for himself.
This came after international agencies had reported the discovery in an area containing thousands of coffins with mummies and statues.
In early October, Minister of Tourism and Antiquities Khaled al-Anani announced at a widely publicized event in the presence of local and international reporters that a huge archaeological discovery was made in the Saqqara area near the pyramids, containing wells with coffins of mummies, artifacts and statues dating back more than 2,500 years.
Hawass stressed that Egypt is announcing to the world its interest in antiquities and culture.
The cost of the Grand Egyptian Museum has thus far exceeded $1 billion, he stated, adding that Egypt has spent millions of pounds to develop the Pyramids area, the Sohag National Museum, the Baron Palace and the Sharm Museum. 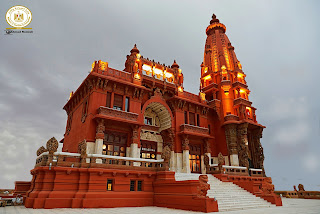 Yaman al-Hamaki, a professor of economics at the Faculty of Commerce at Ain Shams University, told Al-Monitor that Egypt is making great efforts to overcome the repercussions of the coronavirus pandemic on the tourism sector, which was generating about $1 billion per month. Cairo, she said, has resumed in July the flights to Sharm el-Sheikh, Hurghada and Marsa Alam on the northern coast, thus giving a boost to the tourism sector. These destinations are open areas where the necessary measures to stem the spread of the coronavirus are implemented.
Hamaki noted that Egypt is seeking to promote archaeological tourism through the large inauguration events that are scheduled in the coming period.
Egypt, she continued, is encouraging tourists to spend more time in Cairo by opening coffee shops, restaurants and hotels in the Pyramids area.
These projects, according to Hamaki, will play a major role in increasing the revenues generated by the tourism sector.
She said that Madbouly’s historic visit to the Saqqara necropolis was organized to promote to the world Egyptian archaeological tourism, as the country seeks to generate tourism revenues to the national economy as soon as the pandemic ends and the global situation stabilizes.
Amr Sidky, head of the parliamentary Tourism and Antiquities Commission, said that Egypt is putting itself on the global map of culture and civilization with the upcoming openings of the Grand Egyptian Museum and the National Museum of Egyptian Civilization and the development of the Baron Palace. 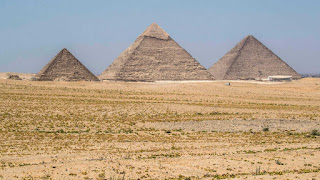 Add to this, she continued, other important archaeological discoveries, all of which are set to attract tourists to Cairo as soon as the coronavirus pandemic is over.
Sidky told Al-Monitor that Egypt is currently showing great interest in workers in the tourism and antiquities sector, which explains Madbouly’s visit to the Saqqara archaeological site, which encouraged Egyptian archaeologists to speed up new discoveries and promote them to various international media outlets so as to convey to the world a positive image of the country.
This will play an important role in reviving the tourism sector in the future and will be of great benefit to the Egyptian economy.
He stressed that while Egypt is currently boosting domestic tourism due to the decline of foreign tourism, the ongoing pandemic and the lockdowns in a number of countries, it is also working on improving infrastructure through the inauguration of these large museums.
Source:al-monitor
at October 26, 2020 No comments: