The UNESCO’s World Heritage Committee (WHC) praised on Tuesday the progress achieved by Egypt in preserving Historic Cairo, and proposed recommendations for the preservation efforts. Written By/ Nevine El-Aref. 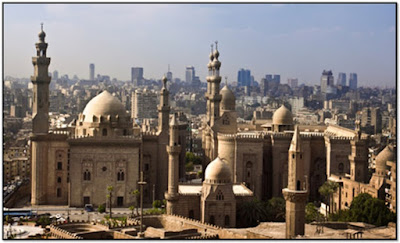 In its annual report on the Urban Regeneration of the Historic Cairo Project (URHC) published on Tuesday, the WHC praised "serious steps" taken by Egypt to develop the area and "preserve its architectural and urban heritage."

The WHC welcomed "steps that have been taken to start and plan a major [project to restore Historic Cairo] under the control of the Ministry of Antiquities and the scope of its urban, cultural, economic and social goals aimed at revitalising the old city structures, and a one-year work programme to undertake studies and define an overall master plan."

The WHC report praised the progress carried out by Egypt "in conformity with the recommendations of the committee... in terms of putting in place both short and long-term measures to address the urgent problems facing the urban fabric of the old city and its socio-economic structures."

The report also acknowledged efforts by Egyptian authorities to remove illegally erected structures in historic Cairo and raise awareness among local residents of the archaeological importance of the area.

The WHC also welcomed proposals to put in place a new management structure for the URHC, which would include the formation of a new body that could be instrumental in driving the URHC Project forward.

The committee recommended that Egypt give priority to the work of the URHC project "to achieve its goals and submit the draft master plan and establish benchmarks so that progress can be monitored and defined over time."

Mohamed Abdel-Aziz, general director of the URHC, told Ahram Online that the Ministry of Antiquities is scheduled to submit an update report on the state of conservation in Historic Cairo for review by the WHC at its 43rd session in 2019.


Abdel-Aziz also said that Egypt will invite a joint World Heritage Center and ICOMOS monitoring mission to view the progress on the project and the impact of recent administrative measures.
Source: Ahram Online
More about Islamic Cairo Click Here   &  About Cairo City Click Here
at August 19, 2017 No comments:

Mohamed Abdel-Latif, the deputy minister of antiquities, told Ahram Online that the partial collapse was due to the impact of erosion elements and heavy rain over a period of time.

An archaeological committee led by El-Saeed Helmy, the head of the Islamic and Coptic Antiquities Section at the ministry, has inspected the mosque and closed it to worshippers due to safety concerns.

Helmy said that there were plans to restore the mosque, which dates to the Ottoman era, but it has not yet been implemented due to lack of funds.

According to Article 30 in the antiquities law, he pointed out, the Ministry of Religious Endowments is required to fund the restoration.

The mosque contains the mausoleum of a clergyman from Yemen. It also boasts a distinguished minaret that combines Ottoman and Egyptian architectural styles.
Source: Ahram Online
More about Islamic Cairo Click Here   &  About Cairo City Click Here
at July 04, 2017 No comments:

A door and decorative elements stolen from the Sultan Al-Kamel Al-Ayyubi shrine inside Al-Imam Al-Shafie Dome have been recovered. Written By/ Nevine El-Aref.

The recovered artefacts includes of a 70-centimetre tall wooden door of the shrine as well as a number of tiny wooden decorative elements.

The Sultan Al-Kamel Al-Ayyubi shrine, located inside Al-Imam Al-Shafie Dome, was subject to looting when thieves got inside the shrine after cutting barbed wire that covered its window.

Head of the Department of Islamic and Coptic Antiquities at the Ministry of Antiquities, Al-Saeed Helmi, said that all the objects were recovered and the criminals caught. The objects are in a good state of conservation.

Minister of Antiquities Khaled El-Enany expressed his appreciation for the efforts of the Tourism and Antiquities Police in recovering the stolen objects. He highlighted strong cooperation between the ministries of antiquities and interior to "preserve and protect Egypt's cultural and archaeological heritage".

This is the second time in a month that the Tourism and Antiquities Police have managed to recover stolen antiquities. The first was when six lamps stolen from Al-Refai Mosque in the Citadel area were recovered.

Al-Imam El-Shafie was one of the four great imams whose legacy on juridical matters and teaching eventually led to the Shafie school of fiqh.
Source: Ahram Online
at March 30, 2017 No comments: