Posted by Egitalloyd Travel Egypt at 11:05 AM No comments:

See what it really looks like! Explore Egypt right now. Choose from thousands of Panoramas of famous and secret places

Giza Plateau – Pyramids
Khufu’s pyramid on the left and Khafre’s on the right.

News: Tutankhamun’ Wear on its way to the Grand Museum 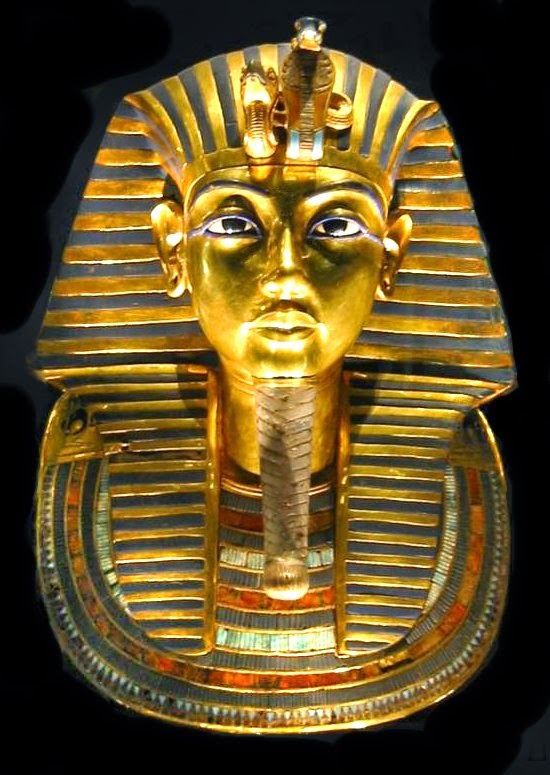 Cairo: Dr. Mamdouh El Damaty, Minister of Antiquities and Heritage have decided to transfer Tutankhamun’ Wear and other 66 tissue pieces for the Golden pharaoh which was found in 1922 in his tomb in the west bank in Luxor, it will transfer from the Egyptian Museum in Tahrir Square to the Grand Museum which being built pyramid, the minister clarified that this group was used to cover the models gods «Isis, Ptah, and Wushu».

Eissa Zidane, manager of the primary renovation in the museum;  said that the pieces that have been transferred in a secure manner to the center of the restoration of varying condition, some are in good condition and others in need of careful restoration. And he supervised the receipt and transportation included a group of archaeologists including Hassan Mohamed, Dalia Abdel Wahab and Abdel Wahed Nassef. On the other side in Cairo, the cultural relations Management at the Ministry of Foreign Affairs had received an artefacts coming from Germany, the artifacts had been stolen in the last century, and is was part from a wall from the cemetery of  «Sobek - Hotep» tomb in the west bank in Luxor.

Our Exhibitions Abroad (2): Mysteries of Egypt to go on show after 40 years in storage

A STUNNING collection of Egyptian artefacts dating back 5,000 years is about to be revealed to the public in Southport after being hidden away in storage for 40 years. 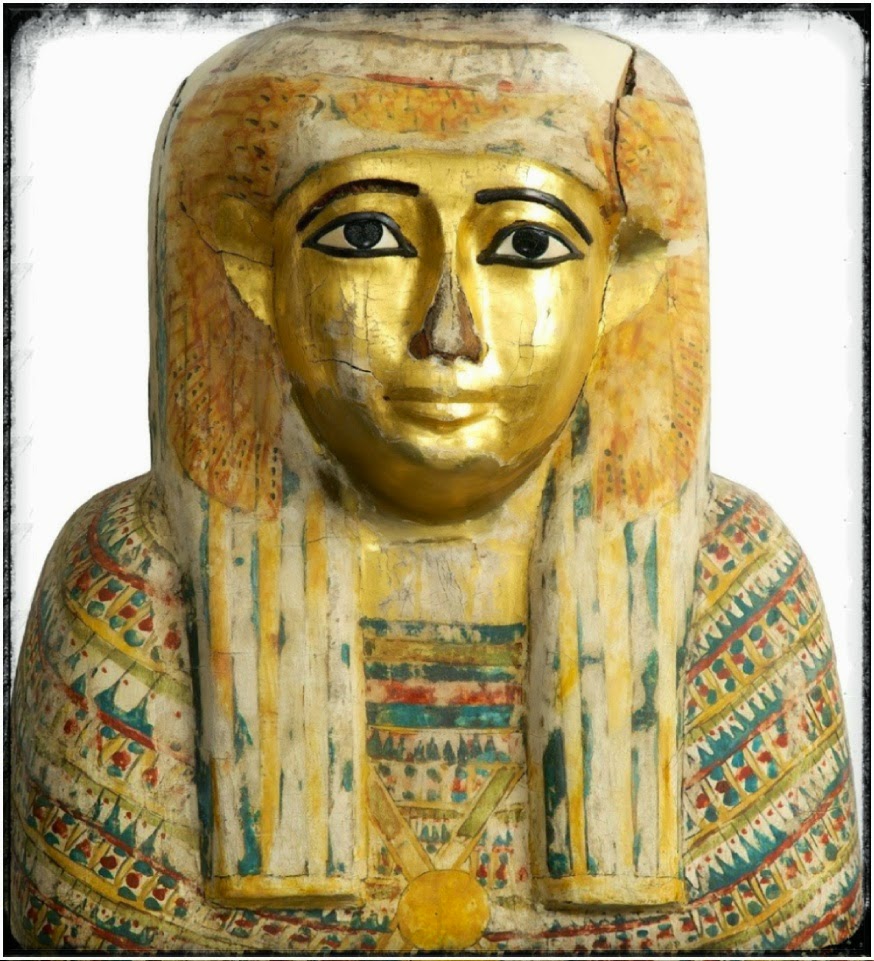 Sefton’s Egyptian collection is so well preserved and original in content that it is thrilling Egyptology academics from The University of Liverpool, Egyptology societies and further afield.

The collection belonged to female adventurer Anne Goodison who collected it in the late 1800s. Anne's husband George was a civil engineer and local landowner, after whom Everton FC's ground was named. It comprises 1,000 pieces, collected on trips to Egypt before the tomb of Tutankhamen was even discovered. It was housed in her own museum room at her family home.

After her demise in 1906 aged 61, her husband had no interest in the collection and sold it to a local man, Mr T. Davies, who donated it to Bootle Museum and Gallery. When the building closed in the 1970s it was transferred to The Atkinson where it has been kept in storage until now.

Joanne Chamberlain, The Atkinson's documentation officer, who is one of the team preparing the collection for display said: “Anne Goodison was way ahead of her time. She was a student of hieroglyphics, which was revolutionary at the time, and visited Egypt twice.
”She really had an eye for the most interesting objects, not just pretty pieces of jewellery, but artefacts that have thrilled and fascinated Egyptology academics because they are so fantastically well preserved. This really is an exciting exhibition.“ One of the more unusual items is a Butterfly Clamp which was used to stop stone columns toppling over when they were being assembled....... Read More
Source: Champ News
Posted by Egitalloyd Travel Egypt at 5:29 PM No comments:

Email ThisBlogThis!Share to TwitterShare to FacebookShare to Pinterest
Labels: Our Exhibitions Abroad, Our treasures Abroad

Three rare artefacts were transported today from the Pyramids’ antiquities storage facility to the restoration centre of the Grand Egyptian Museum.

The artefacts were transported by Ministry of Antiquities vehicles amid heavy security.

The first artefact transported was the statue of Queen Twosret, wife of King Siptah, the last ruler of the nineteenth dynasty. The headless statue is carved from sandstone. (As shown below) 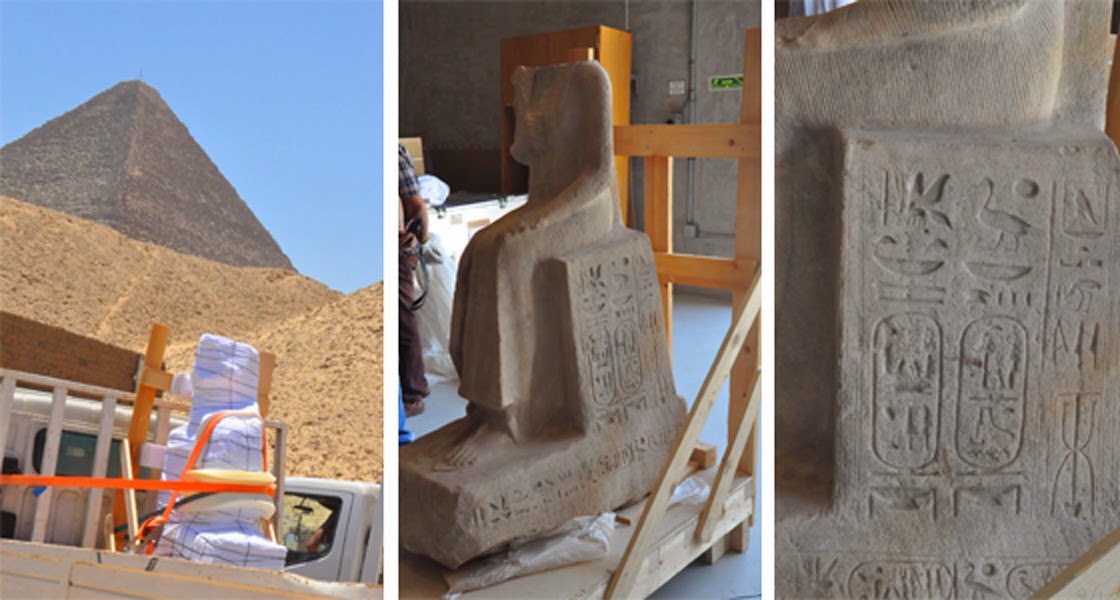 The second artefact is a carved plaster panel depicting King Thutmose IV presenting offerings to the Great Sphinx. (As shown below)

The third is a rare papyrus dating back to the Greek era. 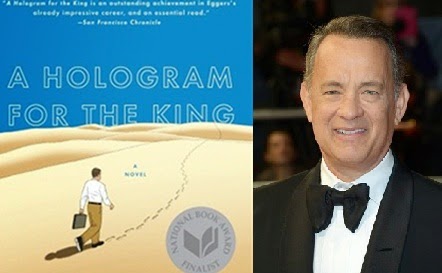 Director Tom Tykwer, whose upcoming feature film A Hologram for the King stars Hanks as its main character, plans to shoot several underwater scenes in the coral reefs of Hurghada, according to the ministry statement.

A source who has worked on the set of the film so far in various locations says that Hanks may or may not show up in Egypt, as a body double could be used for the underwater shots.

The film, based on a 2012 novel by author Dave Eggers ‘A Hologram for the King,’, tells the story of a washed-up American salesman who travels to Saudi Arabia in a last-ditch attempt to find a fortune. "A Hologram for the King" is set to premiere in November 2015.
More About Hurghada Click Here 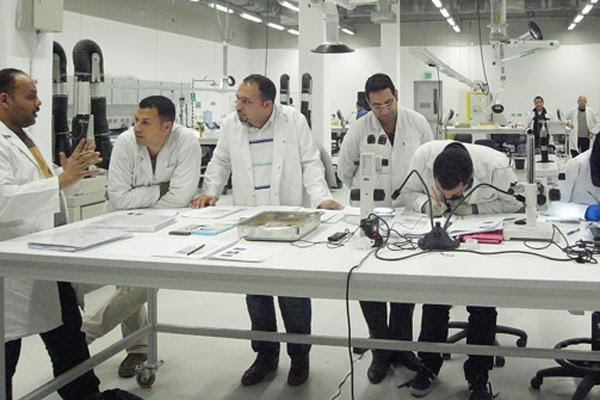 The Japan International Cooperation Agency (JICA) invited a number of Egyptian and foreign journalists to a press conference last week in order to announce the beginning of the third phase of the restoration project on Khufu’s second solar boat and to raise awareness of the Japanese contribution to the preservation of Egypt’s archaeological heritage.

A tour of the labs of the planned Grand Egyptian Museum (GEM) was also on the agenda, when those present were able to see the restoration work done on some of treasures found in the tomb of Tutankhamun that will be in the GEM collection.

In addition to the JICA’s work at the GEM and on Khufu’s solar boat, the Japanese government is also to establish a fourth phase of the Cairo underground, this time linking the capital to the Pyramids area and the GEM.

The story of Khufu’s solar boats started in 1954 when Egyptian archaeologist Kamal Al-Mallakh stumbled upon the two boat pits during routine cleaning on the southern side of the Great Pyramid of Khufu on the Giza Plateau. Working with conservator Ahmed Youssef, Al-Mallakh organised the removal and reconstruction of one of the boats.

The second remained buried in the sand until 1987 when the US National Geographic Society in association with the Egyptian authorities probed the pit through a hole bored into the limestone covering it, inserting a micro camera and measuring equipment. The temperature, humidity and preservation condition of the boat inside were all examined.

Unfortunately, the probing led to air entering the pit, and this affected the ancient wooden beams of the solar boat. However, in 1992, and working in collaboration with the Japanese government, a scientific team from Waseda University in Japan put together a $10 million grant to remove the boat from the pit and to restore and reassemble it. It would then be put on display beside the first boat, now exhibited at the Khufu Boat Museum on the Giza Plateau. 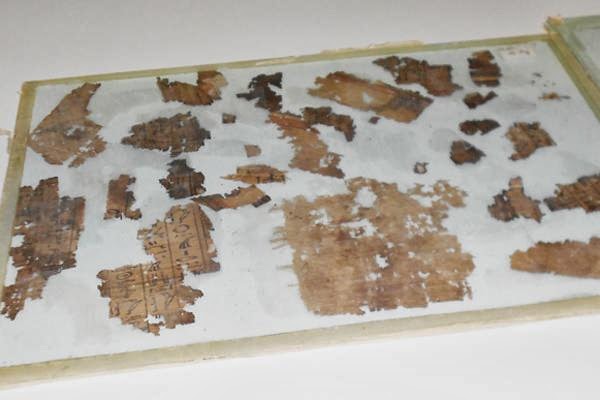 The team was able to rid the pit of insect infestation, but water leakage from the neighbouring museum had also been found to have affected the wooden beams of the boat, meaning that the excavations would have to be continued as soon as possible. In 2009, work resumed and the former minister of state for antiquities signed an agreement with Waseda University for the salvage operation on the second solar boat.

The Waseda University team prepared a special environment for the salvage operation, building a special metal hanger above the boat pit with a precise temperature and humidity level. A restoration lab and temporary storehouse were also set up inside the hanger. A camera was introduced into the pit to examine the boat’s condition, and it was decided to use solar energy in order to generate the electricity needed for the cleaning process.

It was announced last week that the third phase of the restoration project has now started with the comprehensive consolidation of the boat’s wooden beams in an attempt to reconstruct it for exhibition beside its twin at the planned Grand Egyptian Museum. The Japanese-Egyptian team responsible for the project is using state-of-the-art technology in order to do this.

Professor Hiromasa Kurokochi, head of the restoration team from Waseda University, said that all the equipment and materials used had been provided by the Japanese authorities to support the restoration of the boat. The Japanese government had made a generous grant available, he said, which would be used to finance the purchase of a large storage tent to protect the area above the boat pit and to buy the required equipment to generate photovoltaic energy.

“We are taking a great deal of care of this site,” Kurokochi said, adding that the Japanese had not used heavy machinery in the construction of the hanger or cleaning equipment, preferring manual labour in order to create minimum disruption.

Eissa Zeidan, a GEM official, commented that high levels of underground water in the area had increased the humidity in the pit, which had damaged the boat’s wooden beams. Since these were made of organic material, they could not simply be removed from the pit. Instead, all the wooden beams needed to be scientifically treated first in situ before being transferred to the GEM lab for restoration.

Zeidan said that the third phase would take three years of hard work in order to restore and treat the wooden beams. Then a more complicated phase would start in order to reconstruct the boat. “Despite all precautions and the numbering of all the parts, the reconstruction will be a little like a jig-saw puzzle,” he said. 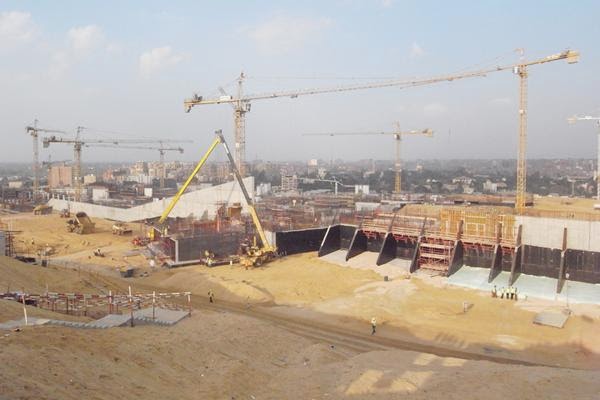 The Egyptian supervisor of Khufu boat project, Afifi Ghoneim, said that budgetary constraints had in the past delayed the project, but the generous Japanese funding had now enabled it to take place. Some of the conservation material used, for example nanocellulose, was very expensive, he added, with a ton of this material costing some LE3 million. He added that the second boat was more damaged than the first because of the delay in removing it from its original pit.

During a tour of the GEM conservation centre, restorers could be seen busy restoring artifacts from the Tutankhamun treasures, among them the Pharaoh’s sandals and wardrobe. “When Howard Carter discovered Tutankhamun’s tomb intact in the Valley of the Kings on the west bank at Luxor in 1922, he wrote in his diaries that the king’s sandals were very fragile, and they fell apart on touching them,” Hussein Abdel-Basseer, technical director of the GEM, told reporters.

The sandals were made of fibres consisting of halva grass, dom palm and papyrus, making them fragile and in poor conservation condition. To preserve the sandals, Carter and his team had covered them with wax and kept them in storage. Thanks to modern restoration techniques, however, the sandals could now be put on display at the GEM when it opens in 2015, he said.
“It was for reasons such as this that it was very important to establish the GEM conservation centre in the GEM building itself in order that it could restore pieces selected to be among the Museum’s permanent collection,” Abdel-Basseer added.

Wagih Hanna, director of the GEM’s engineering department, explained that the JICA had played an important role in the construction of the GEM. According to the original agreement, the JICA had provided a soft loan of 34.8 billion Yen ($350 million) for the building of the Museum, with the Egyptian side providing the same amount.