El-Montazah and Al-Alamein: Future Destinations of Sustainable Tourism in Egypt. 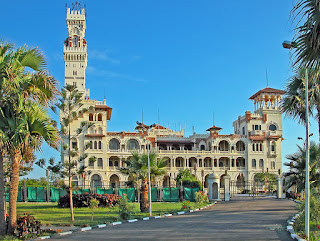 2020 has been a year that forced us all to be more socially conscious. Every step, every move and every direction we take will ultimately have an effect on others’ lives. Not just in regards to health, as made obvious by the COVID-19 pandemic, but also in all other sectors, particularly in tourism.
The idea of ‘sustainable tourism’ has become more than ever increasingly relevant. It is essentially about taking into consideration the current as well as the future economic, social and environmental impacts, while addressing the needs of the community and the environment. It can also be defined as “responsible travel to natural areas that conserves the environment, sustains the well-being of the local people, and involves interpretation and education.”
As a sector, it can play a major role in accelerating progress for the achievement of the 17 United Nations Sustainable Development Goals. By redirecting the focus towards local communities, sustainable tourism help achieve national poverty reduction goals through entrepreneurship and small businesses, it can also be a powerful tool for reducing inequalities when local populations are deeply engaged, allowing rural development to flourish and giving people the chance to grow in their own habitat without having to travel to urban areas.
However, it’s important to also differentiate between “shallow ecotourism/sustainable tourism” and “deep ecotourism.” Shallow sustainable tourism uses natural views and reserves as a source of aesthetic pleasure to tourists to obtain revenue, completely diminishing the role of local communities.
On the other hand, “deep ecotourism” destroys the idea that nature and humans are separate, and instead calls for more community participation and valuing local cultures in their own habitat and environment. 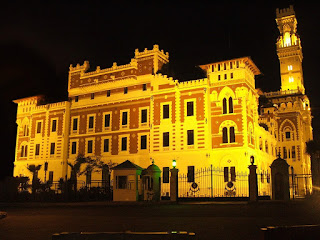 Egypt has a lot of potential to become the main destination for sustainable tourism, as it is endowed with diverse cultures, communities and natural resources. Recently, there have been developments in promoting sustainable and community tourism over the years. In 2018, Egypt’s former Minister of Tourism Dr. Rania Al Mashat announced that the ministry is keen on promoting eco-friendly hotels, which would control water and energy consumption and reduce amounts of carbon dioxide emissions.

One most famous example is the government’s support for Bedouin-managed tourism enterprises in Sinai, such as ‘The Sinai Trail’, which presents a useful model on how to conserve natural and cultural resources along with supporting local communities. 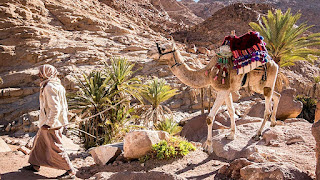 In fact, there are 16 ecotourism attractions in Egypt identified by UNICEF and UNDP, which include: Farafra Oasis, Dakhla Oasis, Kharga Oasis, Bahariya Oasis, Siwa Oasis, Dahab, Marsa Alam, Nuweiba,  Taba, Ras Mohamed and Nabq in Sharm El Sheikh, Fayoum and many others.
Yet there is still a greater need to increase their visibility, train local communities and raise the awareness on what sustainable tourism entails. More partnership and cooperation among several stakeholders in society to support sustainable tourism would ensure that efforts are upscaled and that adequate assistance is being provided.
On August 13, the Alexandria Chamber of Commerce in cooperation with CEEBA (The Confederation of Egyptian European Business Associations) hosted an online event on ‘Developing Slow and Sustainable Tourism in Egypt’, presenting the EU-funded ENI CBC MED Med Pearls Project, which aims to develop the Mediterranean as a future destination of sustainable tourism.

Located at the north-eastern edge of Alexandria on the Mediterranean coast, El-Montazah is a district popular for its nature reserves (forests), attractions like the Abu Qir neighbourhood, the royal landscape, as well as the sunken cities of Thonis-Heracleion and Canopus. 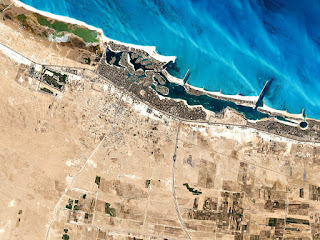 El-Alamein is also another important site inhabited by Bedouin communities, where visitors have the chance to witness different cultural experience, engage with the communities in their own local habitat, and also protect natural and biosphere reserves such as el Omayed, which is protected by UNESCO.

To enhance the international visibility of these sites, the Med Pearls projects aims to set up a cross-border cooperation scheme between public and private actors in which a comprehensive strategy will be developed based on four main themes: innovation, diversification, deseasonalisation and inclusiveness while contributing to the local economy development.

The end result is expected to see the creation of 26 slow tourism products co-designed with local communities, which will also include six digital solutions and will also aim towards protecting the environment to tackle climate change. 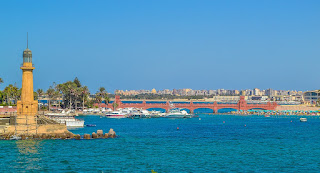 Juana Mera-Cabello, European Delegation to Egypt, noted the importance of focusing on the environment as it is a key element in sustainable travel.

“Fifty percent of our portfolio is climate related, such as waste water management, improving the quality of the air and access to clean energy. This is not just for the benefit of the Egyptian citizen, but also to make the touristic experience more attractive, as research shows that there is more interest in eco-tourism,” she stated.

ENI CBC Med is considered to be the largest Cross-Border Cooperation (CBC) initiative implemented by the EU under the European Neighbourhood Instrument (ENI). It brings together 14 countries across the Mediterranean to foster partnership and finance projects that help create a more inclusive and sustainable Mediterranean area.

Posted by Egitalloyd Travel Egypt at 11:13 AM