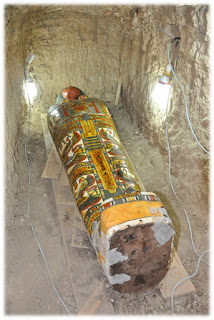 The tomb of the servant of King Thutmose III’s house is discovered in Luxor; mummy cartonnage in excellent state of preservation. Written By/ Nevine El-Aref.

During the ninth archaeological field season, which started in September, the joint Spanish-Egyptian mission at the Temple of Millions of Years of Thutmose III, at Al-Deir Al-Bahari on Luxor's west bank, stumbled upon the tomb of the servant of the king’s house, Amenrenef.

Mahmoud Afifi, head of the Ancient Egyptian Antiquities Department at the Ministry of Antiquities told Ahram Online that the tomb was uncovered at the southern enclosure wall of the temple and is in a very good state of conservation.

A deterriorated wooden coffin was found inside the tomb, he continued, but inside a beautiful and well-preserved mummy cartonnage was found.

Mission field director Egyptologist Myriam Seco Álvarez said that preliminary study has determined the name and title of the occupant of the tomb, who was the servant of the king’s house, Amenrenef. 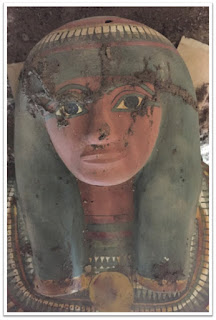 The tomb can thus be dated to the “Third Intermediate Period” (1070-712 BC). Afifi said that in-depth study of the cartonnage is to be undertaken very soon.

Álvarez said out that the cartonnage includes its almost complete polychrome painted decoration and inscriptions with some of the most characteristic symbols and elements of the ancient Egyptian religion.

Among these inscriptions are solar symbols, the protective goddesses Isis and Nephthys with spread wings, hawks and the four sons of Horus, executed in artisanal quality of the highest order.
Source: Ahram Online

Posted by Egitalloyd Travel Egypt at 10:28 AM No comments: 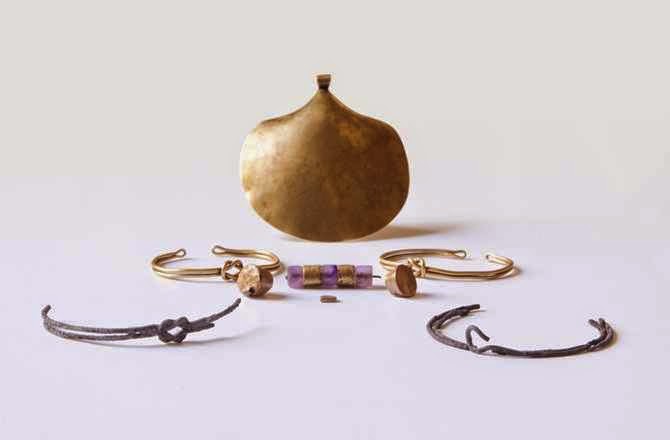 CAIRO: A team of Spanish archaeologists have unearthed a 4,000-year-old female mummy wearing jewels in the necropolis below the mortuary temple of Pharaoh Thutmosis III in the west bank of Luxor, Aly el-Asfar, the head of the Upper Egypt Antiquities Department, said Saturday.

Both the mummy and the wooden sarcophagus in which it was found were badly damaged and trapped under the tomb’s collapsed roof, and the site of the find dates back to the Middle Kingdom (2,000 B.C.-1,700 B.C.), Asfar told The Cairo Post.

“The sarcophagus was found sealed, which suggests the tomb and its contents apparently eluded tomb robbers in both ancient and modern times. It seems that the roof had already collapsed before tomb robbers were able to enter,” he added.

The mummy, who is believed to have been an aristocrat in her 30s, was found wearing intact jewelry, including a gold-plated necklace inlaid with lapis lazuli, a shell-shaped golden pendant, two badly damaged silver ankle bracelets and two golden bracelets on her wrists, according to Asfar.

The excavation, restoration, conservation and site management project at the temple first began in 2008. It was a collaborative project between the Supreme Council of Antiquities (SCA) and the Academy of Fine Arts in Seville, Spain, according to the website for the Thutmosis III Temple Project.

The Spanish team, currently tasked with the restoration and excavations at the temple, is directed by Spanish archaeologist Dr. Myriam Seco Álvarez.

The Mortuary Temple of Thutmosis III was discovered accidentally in 1960 during a restoration carried out between the Mortuary Temples of Queen Hatshepsut and Pharaoh Mentuhotep II, archaeologist Sherif el-Sabban told The Cairo Post Saturday.

“Thutmosis III, better known as the Napoleon of ancient Egypt, was an army general and statesman who ruled Egypt for over 40 prosperous years. He spent long years of training in the army before he succeeded his aunt and half-sister Queen Hatshepsut,” Sabban said.
Source: Cairo Post – By/Rany Mostafa
Thutmosis III Temple Project Official Website ....... Click Here

Posted by Egitalloyd Travel Egypt at 7:49 PM No comments: